My awesome bloggy friend Melissa, is SO close to having her precious baby in her arms FOREVER! Melissa and her hubby are adding to their precious family by way of Ethiopia. 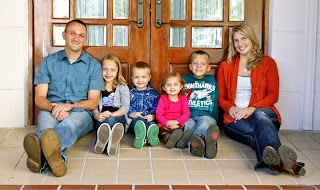 They began their journey to their son on March 31, 2010. Now 17 months later they are SO close! On July 21st they flew to meet their son, Caleb, for the very first time. 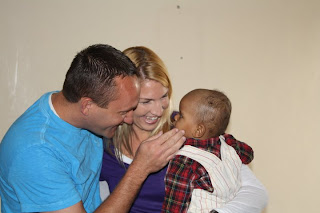 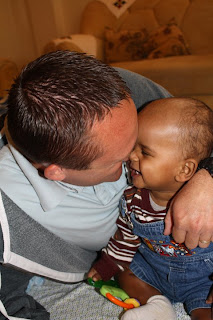 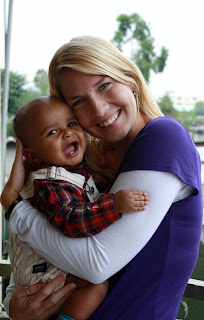 Now, they will FINALLY get to bring their baby boy home sometime in September!

To be fully funded the Masers still need $3000. Because of an awesome Lifesong grant, they only need to raise $1500 of that, and Lifesong will match the rest!

Caleb’s 1st birthday is August 28th. So to celebrate his birthday and his homecoming, the Masers are selling Africa cookie cutters! Cookies for Caleb!

How cute are these?! 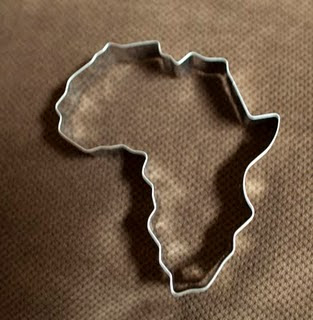 For a minimum donation of $15 to Lifesong you will get a tax receipt, an awesome cookie cutter, and will be entered to win a $25 gift card from Amazon!

Click here to make your donation via Lifesong. In the comments be sure to put “Maser 2167” or they will not get credit for your donation. After you have made your donation, email Melissa at masermel@yahoo.com so she can ship you the cookie cutter. 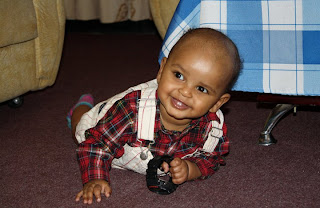 This Friday I had the awesome opportunity to share about Africa and my passions with a bunch of middle schoolers. I am so thankful God orchestrates the things He does. A teacher that I had in middle school, Mr. Murry, contacted me and asked me to come speak to his classes that day. Of course I jumped at the opportunity because I love telling people about this passion. These kids were awesome. I know that there were some world changers in that room.

Each year, Mr. Murry asks a few of his past students to come and speak to his current students. He wants his students to believe in themselves, to dream, and to fight to make change. I wish more teachers pushed their students to do those things. Because really, aren’t those lessons SO much more important than studying a textbook? I do not mean to say that it’s not important to learn and gain knowledge, but if you don’t believe in yourself, if you don’t dream and fight for those dreams, what good is it if you make a 100 on your geography test?
Two other speakers joined me on Friday. Both were girls that moved with their families from Mexico to the United States. They came here not knowing any English, overcame astounding odds, and now are in college on scholarships. One of the girls, Rubi, moved here in 2002. She is now a freshmen in college pursuing a nursing degree. I look up to these girls, and others like them. I wish I had their determination.

I loved sharing some of my pictures with the kids. Telling them about the people that stole my heart. Telling them why I went to Uganda. Making them aware of something that I was clueless about for so long. Making them aware of things that a lot of adults are clueless about.
But back to Rubi, the nursing student. She told the kids she possibly wants to work in the ER. Mr. Murry asked the students if they knew what ER meant. Most knew that ER stood for emergency room, but few knew what actually happens there. The kids began to give examples of reasons you would go to the emergency room. One student suggested if you were in a car accident you would go to the ER. Another student said it is where you go if you are really sick and don’t know why. The next example knocked the breath out of me.
One of Mr. Murry’s students recently moved to the U.S. from Pakistan. As other students were throwing out suggestions, this student said “bombs.” This student is currently learning English, so Mr. Murry asked them to repeat their answer. Again, the student said “bombs.” Oh. my. word.
I felt tears well up in my eyes as I fought the urge to scoop this student up. Bombs? Such a far off thing for most of us, yet something so familiar to this middle school student.
When I returned from Uganda I felt very strongly that God wants me to fight for and support the work of Sixty Feet, the ministry I wrote about here. But equally as strong, I felt like He was wanting me to seek out new ways to love and fight for the orphan, the oppressed, and the voiceless right where I am. This student was another reminder of that for me. There are people all around me that are feeling alone, have been oppressed, or are voiceless. I am seeking and learning how God wants me to fight for them.
“How wonderful it is that nobody need wait a single moment before starting to improve the world.” -Anne Frank