I know it has been WAY too long since my last Uganda post. Forgive me? I honestly have not had the emotional strength to process everything there is left to tell you about. Nor have I been able to find the words to get you to truly understand. So forgive my futile attempts.

Three of our days were spent serving along an AMAZING ministry called Sixty Feet. Sixty Feet serves in several children’s prisons in Uganda. Yes, you read that correctly. Prisons just for children. Sixty Feet works to improve the conditions in the prisons by specifically providing water, food, and medical care.

I had a pretty good feeling prior to Africa that our time with Sixty Feet would wreck me. I had no idea…

We visited 3 different prisons. Because of the sensitive relationship Sixty Feet has with the facilities and the government, the real names of these prisons cannot be used here.

The first prison we visited is known as M1. Kids arrive at M1, and the other prisons, for several different reasons. They could be orphans that have no where else to go. Their parents can drop them off for being “too stubborn.” They may have committed a crime. Some may be in prison for something as serious as rape or murder, but we also learned that one boy is in prison because he ran over a chicken with his bicycle!

When our bus pulled up to the M1 facility we were instantly swarmed by kids. We assumed they were kids from the prison, but Moses, the in-country director of Sixty Feet, told us they were all Karamajong kids. The Karamajong tribe is considered the outcasts of Uganda. These children are sent by their parents to beg on the streets. The government then rounds these children up and dumps them at places like M1. These are not orphans! These are children being taken away like dogs to the pound. 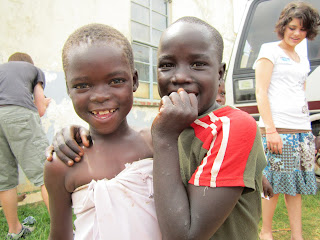 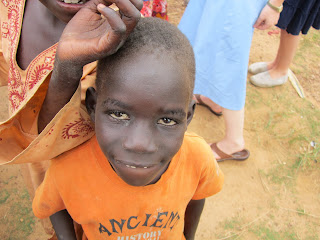 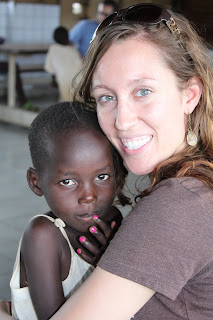 I soon found myself attached to the little one in the picture above. Her name is Locura. She was wearing a thin white tank top that was about 3 sizes too big for her, and that was all. No pants, no underwear, no shoes. She was permanently attached to me for the rest of the day. Oh I how loved having her in my arms.
We were given a tour of M1. Our tour began by meeting the boys in the “Black Room.” Children are sent to the Black Room to “break” them when they first arrive. They are kept in this room with no bed, toilet, blanket, clothes. Nothing. They are kept in this cell, unable to come out for anything, for several weeks. 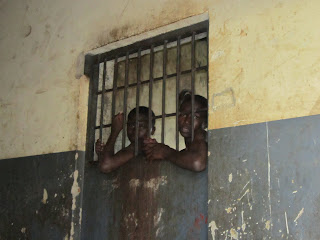 After the tour of the remainder of the prison, we joined the prison kids for worship. And oh how they worshiped! It was so beautiful to see them dancing and praising God. It is absolutely heavenly to have a sweet babe in your arms while watching children sing praises.
The next prison we went to is known as M3. At M3 we were welcomed by about 150 kids. Mostly boys age 12-17. All of the kids here were so sweet and so respectful. We got to sing praise and dance with all of them. There was some great drumming! After, we had some time to play ball with them. 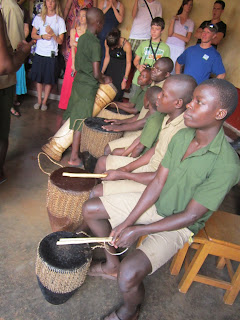 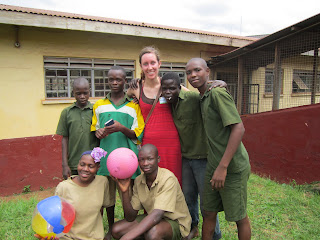