The Bystander Effect is a most horrible principle of psychology. The bystander effect refers to the phenomenon in which the greater the number of people present, the less likely people are to help a person in distress. 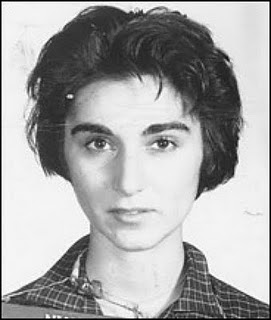 In 1964, Kitty was entering her apartment at 3:15 am after work. She was stabbed twice in the back. Kitty screamed, “Oh my God! He stabbed me! Help me!” Neighbors reported that they heard her screams, but decided it wasn’t worth getting involved. Kitty tried to stagger to safety, but was stabbed and raped by her attacker. Her attack lasted for half an hour. It was only after the attack ended that someone called the police. Kitty died en route to the hospital.
Meet Hugo Tale-Yax. He stepped into protect and save a woman who was being mugged. He in turn was stabbed by her attacker. Watch his story.
We ALL are at risk of suffering from the bystander effect. And have we not all fallen prey to it? You’re in your car, and there he is. He’s standing on the side of the road in his dirty, ragged clothes. He’s holding his cardboard sign. He is all the way on the other side of the road. Traffic is think. You really do not feel like turning around. So you keep going. “Someone else will stop. I’m too busy. It’s not very convenient. I don’t want people to judge me. He probably did something to deserve where he is. He’s too scary looking.”
But meet another man. He was walking along the road when he was suddenly attacked. He was beaten and robbed. His attackers left him for dead. People passed him, but no one stopped. Until finally, one man saw him lying there broken. He had compassion on him. He bandaged his wounds and gave him a place to stay. (Luke 10:25-37)
And Christ did the same for us. There we were on the side of the road in our filthy rags, wallowing in our sin. We smelled. We were broken. We were whoring ourself out to the things of this world, desperately searching for something to fill the void in our heart.
But God looked down upon us and saw our need. He came in the form of Christ to be the ultimate atonement. He sacrificed everything. He humbled himself to the lowest level. And then He gave His very life. He gave His life for me, and you. He looked through our filth and saw something beautiful. He bandaged our wounds and gave us a home.
I don’t want to be a victim of the bystander effect. I want God to break my heart. I want Him to open my eyes to the need all around me. I want to be filled with compassion to the point of action.
“Let each of you look not only to his own interests, but also to the interests of others. Have this mind among yourselves, which is yours in Christ Jesus, who, though he was in the form of God, did not count equality with God a thing to be grasped, but made himself nothing, taking the form of a servant, being born in the likeness of men. And being found in human form, he humbled himself by becoming obedient to the point of death, even death on a cross.”
-Philippians 2:4-8